EMPOWER, the 30-month EU (European Union) funded disaster risk reduction project that was implemented in partnership with Humanity and Inclusion in Itogon, Benguet, and Pinukpuk, Kalinga held its Lessons Learned Workshop in Tabuk, Kalinga last June 17, 2022. The community and LGU champions and stakeholders all gathered at the Grand Zion Hotel to share their experiences throughout the last 30 months and discuss what was done WELL and what could have been done better. 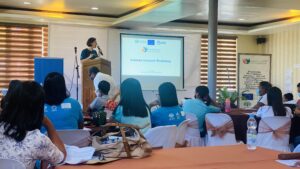 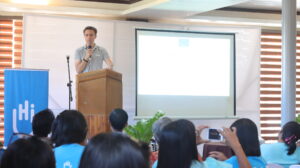 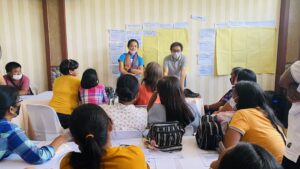 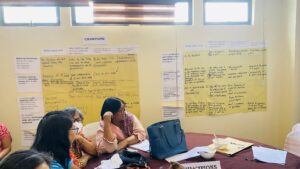 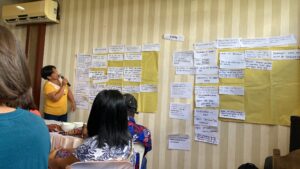 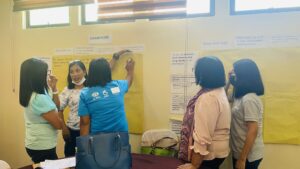 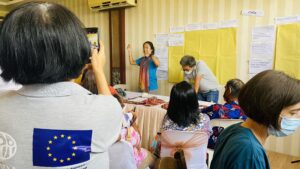 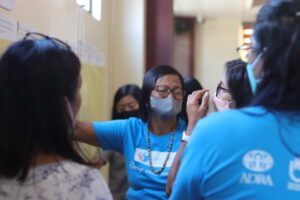 The EMPOWER project’s goal was to strengthen the resilience of the high-risk communities of Itogon and Pinukpuk during disasters by working with the local government units and the different sectors to improve the formulation and implementation of their DRR policies by making it more INCLUSIVE.

The project EMPOWERed the different sectors like youth, women, persons with disabilities, and the elderly by training their representatives to become municipal CHAMPIONS which included learning about disability, gender, and age. Personality development was also taught which included training in public speaking so that they could raise awareness and discourage discrimination within their communities and also ensure their participation in the creation of their Barangay’s DRR plans.

The Civil Society Organizations (CSOs) were also given an opportunity to brainstorm and find creative ways for their organization to participate and adapt to the mitigation of disaster in their local areas. The project introduced the Inclusive Community Resilience and Adaptation & Mitigation component or ICRAM which awarded funding to the innovative ideas that these CSOs presented. One such idea was the proposal of the farmers to plant Napier and Tricanthera on the mountainside to reduce erosion on the mountainside and at the same time be used as feed for livestock.

The Barangay and Municipal DRR Members were given inclusive training on disaster and climate risk governance. They were also brought on a cross-learning visitation to see how this was successfully being implemented in nearby municipalities and their high-risk barangays were given Inclusive Early Warning Kits (megaphones, vests, signs, flags, emergency lights) so that they would more prepared when the next disaster strikes.

Upon reflecting on their experiences, the CHAMPIONS expressed their appreciation to the EMPOWER team. They shared their personal testimonies about what they learned and how their lives were changed by the EMPOWER Project. They also show their desire to sustain this positive impact by signing the commitment letter wall that was provided on stage. 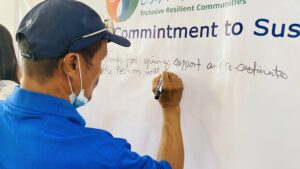 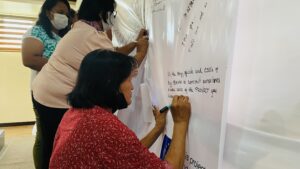 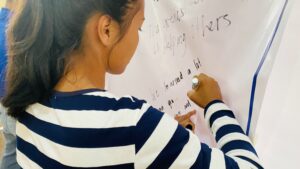 A tribal dance of friendship and community was held to celebrate the end of the project. This dance was participated by EMPOWER Project Manager Geraldina Gutierrez and HI Country Director Marie Catherine Mabrut.

In the mountain region of the Cordilleras whose, ancestry and community can be traced back hundreds if not thousands of years, 30 months or 2 ½ years is a short time. But the EMPOWER Team is hoping that it is enough to get the ball rolling towards a more inclusive and disaster-resilient society in the municipalities of Itogon and Pinukpuk.